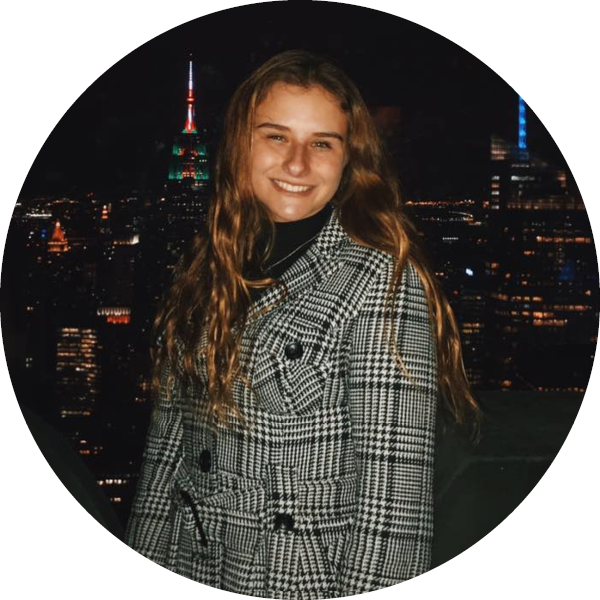 Nicole is a sophomore at Oakland University pursuing a communications degree and a digital filmmaking minor. Nicole is heavily involved on campus, from being a track athlete to attending and leading two campus ministries. Nicole started her journey in Cultivate in the summer of 2019. Since joining Nicole has grown remarkably in her spiritual maturity and leadership skills. Nicole is now using her gifts to revive a campus ministry at Oakland University called Fellowship of Christian Athletes (FCA).

As Nicole entered her freshman year of college, she experienced numerous setbacks. In a new season of life and a new school Nicole took the time to try and find how who she was. Nicole struggled to find her identity in Christ and searched for it in other people and in her success as a athlete. She occasionally attended a campus ministry called YoungLife, but her track schedule usually interfered making it difficult to attend regularly. However, leaders within Younglife took notice of a special characteristic of Nicole’s. Her ability to build relationships with others and encourage them in their faiths. This characteristic made her a key candidate to be a leader within YoungLife. Nicole gladly accepted the position and began meeting with Cultivate for guidance on next steps in her leadership role.

Over the summer, Nicole gained leadership experience by working at SpringHill Camps. It was at SpringHill that Nicole heart truly caught fire for the Lord. Nicole left SpringHill with a mission to make her sophomore year different and to share the love of God to Oakland University! Nicole used this newfound drive to begin working with Kelly Ray, a Cultivate leader and former president of FCA. Kelly inspired Nicole in her faith and helped Nicole to take the next steps in her faith. As Nicole’s sophomore year, through the guidance of Kelly and Kyle, the director of Cultivate, Nicole became the president of FCA at Oakland University.

As Nicole started her sophomore year of college it was evident that something had changed in her. Nicole demonstrated joy, kindness, endurance and a heart for others that had not been there the year before. It was evident to hear and those around her that Nicole was experiencing the transformational power of Jesus in her life. Nicole instantly became a light for God within her friend group and her track team!

Over the course of the fall semester, the attendance at FCA grew tremendously to about twenty-five students on a weekly basis! FCA’s ministry has created a safe place for believers and non-believers alike. At FCA, the athletes are reminded that they are not defined by their performance, but by their identity in Christ. As FCA has explored this topic, students are gaining a more complete view of who they are in Christ.

In the coming years Nicole plans to strengthen FCA by developing herself as a leader and growing as a woman of God. Nicole also hopes to begin training and encouraging the next generation of leaders to create a sustainable future for FCA. In the next two years, Nicole would like to launch athlete-centered bible studies through FCA as well as develop solid connections with the other college sports at Oakland University After graduating, Nicole aspires to run a Christian summer camp that is focused on students from under privileged backgrounds as well as pursue her passion for photography and videography.

This is a quote from Nicole about her time in Cultivate.

Cultivate shaped and encouraged me to be bolder in my faith. By providing resources and connections around the campus, I have been able to find and build community at OU. I am thankful for the support and accountability cultivate has provided.

This is a quote from Kelly Ray, one of Nicole’s mentors, about her time in Cultivate.

I have been really blessed to witness the amazing work that God is doing in and through Nicole. She has really stepped out in faith this year, seeking out a deep and personal relationship with God and welcoming others into Gods love. She has proven to be an amazing and humble leader. She has been open to God’s will and welcoming to all people which has amazed me as I hear story after story that remind me of God’s outstanding Glory and redemption power. Every time I see her, I am encouraged by the ways that people are witnessing God’s love through her actions.

This is a quote from Jake Chapman, an FCA leader, about Nicole’s leadership.

Nicole is an enthusiastic, energetic, people-oriented person. Throughout FCA I have been able to witness Nicole’s growth through her interaction and coordination of our peers. Her insistent passion for Jesus has attracted and continues to attract athletes throughout Oaklands campus.